The Varied and Sundry Works of Andrew Johnston

Lawrence, Kansas was a nice community before the occupation. Then came Electoral Integrity, the Governor’s controversial plan to end voter fraud for good (even if it meant ending voting as well). Then came the protests, the armed protests, the crackdowns by the state’s legally dubious paramilitary cops, the deputization of quasi-fascist gangs. The people on the ground are watching each other through rifle sights while the rest of the nation holds its breath, waiting for some fool to light the fuse.

But there’s more going on under the surface in Lawrence, and notorious outlaw journalist Atticus Gainsborough might be our last hope to find the truth. He’s not prompt or respectful or even sober most of the time and he comes equipped with a rap sheet nearly as long as his list of accolades. But Atticus is the only reporter willing to dig into the darker quarters of this occupied town and meet its dodgiest residents – the extremist radio host with his own private army, the mythical leftist terrorist who may or may not actually exist, the theocratic mega-billionaire and the drug dealer who knows an awful lot of his secrets. It’s shaping up to be the story of the century, and Atticus will have an exclusive – provided he doesn’t catch a bullet first. 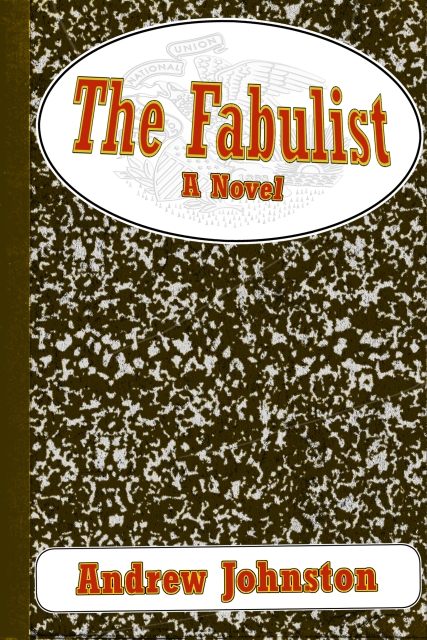 He’s known as “Storyteller,” the last artist alive. The world at large is a bleak and dead place, a landscape of ruins where the names of the survivors have lost all meaning. Yet Storyteller constantly explores those ruins, notebook at his side, seeking beauty and meaning amid the desolation. To most people, he’s little more than a lunatic.

But Storyteller has a secret of his own. He alone remembers the day when the world changed and civilization fell. Locked within his head are memories of an isolated town in Illinois, the site of a special project meant to bring a thousand years of prosperity. But there was a risk, and only one man who knew – a failure and an outcast who became the only thing standing between the world and the apocalypse.

Those secret memories are about to come out. Soon, Storyteller will draw the attention of a powerful warlord, the brutal ruler of an empire of slaves and dust. And with that, this funny little figure will become the most hated and desired man alive.

Paul Liston shouldn’t be in this much trouble. He’s seventeen years old with a great family and a 4.0 GPA, and best of all it’s trivia season. For the two weeks surrounding his school’s Trivia Master competition, the rules change. The geeks inherit the earth. Knowledge itself becomes power.

But it’s not such a friendly little game. With the balance of power shifted, the knives come out among the nerd set. Sabotage, deception, betrayal – nothing is off the table in the scramble to the top. And Paul, king of the whiz kids and everyone’s target, knows this more than most. His best friend wants to use him. His vengeance-obsessed rival is gunning for him. And even his “one true love” is ready to toss him off the mountain.

Paul never wanted to fight a war, but with his enemies multiplying daily, his only hope might be to sink into the gutter with them.